Due to increasingly frequent requests for the use of drones at Brockholes, and a growing number of unsolicited drones being operated, we have compiled a brief policy on drone use on our site.

1. Drones are not allowed at Brockholes Reserve as a general rule. Landowner permission is a legal requirement for drone use. Anyone found operating a drone without permission will be asked to leave.

2. By default we will decline all ad-hoc requests and offers of drone use over the reserve. The following should be borne in mind:
a. Drone use can cause significant disturbance impacts on wildlife. This is particularly pertinent at Brockholes, where the habitats are of notable value for wintering and breeding waders (these birds perceive the drone as a bird of prey). Even when used responsibly, the risk to wildlife still needs to be carefully managed.
b. Requests from members of the public to use drones are usually of most benefit to the pilot, even though services may be offered as benefits to the reserve.
c. Public safety, liability and insurance cannot be adequately catered for without a significant investment of staff time for every use of a drone.
d. The more drones seen on site by members of the public, the higher the likelihood of other pilots ‘trying their luck’ and compounding disturbance effects.

3. In exceptional circumstances the use of drones may be commissioned by reserve staff, usually as a nature conservation tool. In this instance staff will approach a pilot rather than the other way around.
a. The pilot will be fully licenced and insured, and will produce a clear risk assessment and method statement including a full impact assessment of any potentially affected wildlife. This will be produced in conjunction with the reserve staff.
b. A clear need for the work will have been identified prior to commissioning, and the specification of the work will include the use of suitable equipment to deliver the appropriate resolution images from a suitable range to minimise disturbance.
c. The flying of the drone will be supervised by reserve staff who will monitor the real-time effect on wildlife and liaise with the operator on how best to, or whether to, proceed.
d. Timings will need to take into account interest from the general public. Some prior publicity (perhaps social media) will be considered in advance in attempt to inform people that the activity is part of official LWT business, and that operation is in strict accordance with our policy on drone use. 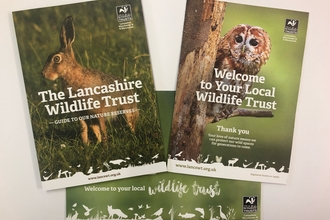 Join the Lancashire Wildlife Trust and protect the wildlife you love. 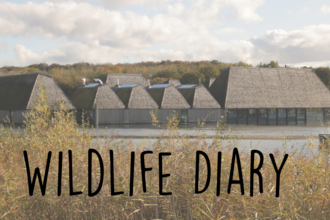 Catch up with the Brockholes conservation team and see what's happening on site. 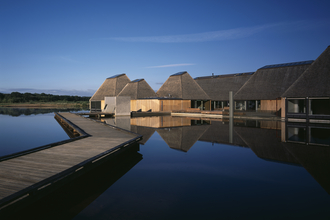 Plan your visit to us - we are easily accessible, just off the M6 at Junction 31 and there's so many ways to spend your day!